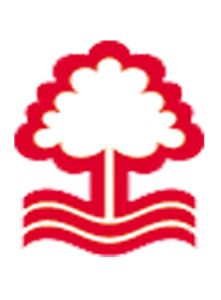 “Bitty form & niggling injuries are preventing Sheff U from getting back into their early season stride, but don’t write them off just yet.Personally I think they’ll continue to be a bit up & down, but be the team which rally’s a late season playoff push. Think we’ve caught them at a decent time though.  Good, but inconsistant. Let’s hope it’s an off day for them.”

“These have slipped up more than a few times at home, decent side though.Easy to make a case for a draw given our new found resilience away from home, no reason we cant nick one & take the points.One thing we can say, we’ll be in it for 90 minutes.”

“One of Sheff Utd’s biggest strengths is from their wing-backs getting forward, I think we’d be naive to try and match their formation, as they’re very good at working it for Stevens and Baldock to get in behind. Particularly because they’d then be drawing Fox out wide where he’s very vulnerable.”

“we don’t get owt there even when we have a good side so not optimistic this weekend.”

“The last time we won at Bramall Lane was 2004. A draw would definitely be a good result regardless of forthcoming matches.”

“I think this will be a tough game. I work with a few Blades fans and they haven’t given up hope of making the playoffs so they’ll be going out to win. The best I think we can hope for is another 0-0 and then try for wins against Millwall and Barnsley.”

“Millwall away is a tougher prospect than Sheffield Utd”

“I know we are getting hard to beat, but the Karanka way means we find it hard to score.”

“Chance to do a rare double over a team this season in this game, would be extra sweet being as that team is Sheffield United.”

“Hate the cnuts with a vengeance. A victory over these would be even sweeter than if we’d won on Sunday
Watch out Blades, The scabs are coming to get you”

“I fancy us for this. They only know how to play one way, and whilst it’s effective, I think it’s susceptible to counter attacking.Stop the long diagonals to Clarke, and don’t let the over-lapping wing-backs get in behind to cross and you cut off their attacking supply.Can we please also think of proactive response to their usual scab bull. Something that will wind them up? Everyone pull out a twenty, wave it around and sing, ‘we’d do it again, we’d do it agaaaain, you work shy b******s, we’d do it again’.I can imagine them foaming at the mouths.”

“Any tevez songs should annoy them”

“Jessica Ennis is/was one of their fit bods,they named a stand after her before Evans signed for them and she took her name off it. Sean Bean can do one too!.”

“Still one of my most crushing forest memories that play off game. The fact Johnson went on to break his leg
against them the following season after which our form dropped and Johno was never the same player, has ensured I have little love for that club”

“You shouldn’t have any love at all for Sheffield United!”

“I dislike Bumhole Lane, it’s a dump and full of scrotes.”

3 thoughts on “Pre-Match View From Forest”