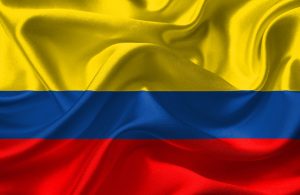 “5 days is plenty of recovery time for James. He will be fine and we will win.”

“My only concern is James over working himself. He needs to be as well rested as possible even though Quintero can play his role easily. Its frustrating that we only got to really experience both of them against poland.
England’s style of play does open up more, perhaps more than what Poland was but they’re likely not going to defend as they won’t see us as a threat and have no worries playing regularly.”

“For sure this will also be the toughest test for Quintero. I hope they show him films of Iniesta playing against English clubs over years. needs to protect his body and think fast. They are gonna kick the living crap out of his shins all game.”

“I think Davinson is going to shine against England. He’s comfortable facing EPL players and knows every player very well. This will be a great opportunity for him to showcase leadership of the back line.
I just hope that we make it out of the first half without having to use up a sub!! “

“I believe I saw this correctly, that England is at the bottom with tackles made.
If so, they won’t be as physical with us(not they don’t need to, plenty of talent to win out) so perhaps this is a chance we can use against them.
Got to get them confuse and hopefully score early. I don’t think the handle pressure very well at this moment.”

“Battle tested before the knockout isn’t easy to gain. But Colombia is much more tested, physically, mentally…. We essential had two knockout games already….
The fact(atm) that England isn’t a true physical threat, they are more finese with speed n power, so our guys are actually more of physical influence if they chose too.
We got to weather the storm early on, hopefully strike first and change the momentum to our favor.”

“We have to be careful with England’s speed. They are similar to Japan in that aspect. But they are weak at the back and a naive team of young players who have never played in an international tournament.
We should have an advantage over them from that alone. “

“Is crazy to think that our squad have more experience than the English squad since we reached qf last wc and they went out in group stage” “England is not going to play defensively and we all know that is good for Colombia since we tend to struggle with teams that bunker” “at this moment, i’m thinking or feeling that a little street ball play by our big 3 in the offensive end can really cause trouble for the English…”

“The two things that give me the most confidence going into this game are:
1) This is the youngest English team since 1962 They have not been battle tested. They have not gone through the trials and tribulations. They do not have the chemistry and cohesion of our team. When the going gets tough in a pressure situation we do not know how this young team will respond and who will lead them out of the bad situations.
2) Pekerman >Southgate. He knows the pulse of his team like a doctor and has “been there done that” when it comes to the World Cup knockouts.
Southgate is still learning on the job how to be a Senior National team manager and may not know what to do in pressure situations. This kind of match will come down to tactical adjustments especially after the halftime break. Pekerman has the obvious advantage in this chess match.”

“if we can shut down sterling and Kane, we will do fine. From the opening whistle we have to bring it England and take them out of their game and make it our game to play.
If that means playing rough on those two I’m all for it. Barrios, Mojica and James are our only yellow cards so they need to be mindful – which is why I see Roca starting instead of Barrios.
Sterling is dangerous with his pace and Kane inside the 18 worries me too bc he has 3 goals from non-penalties and is in good form – the quality of opposition gives me some relief though. Shut down those two and control the pace of the game from the opening whistle and we’ll do fine. “

“I would love for us to knock england out. I can’t stand them”

“I just want to beat those cocky mofos lol. You always know if there’s an Englishman in the room, he’s either very loud, very drunk, or both. “

“I know plenty of lovely Brits. Truth is that our players have yet to shine there as they have in other major leagues so less informed fans probably don’t realize the threat we possess. Davinson is just starting to make an impact there.
The key to this match for them will be psychological. If you think we had a complex for years imagine being those guys – having the world’s most expensive and watched league in the world and yet having whole teams fielded without your players and struggling to have a major impact in international tournaments. They’ve struggled for years under the burden of that pressure and their media is awful to them.
This is a VERY talented young English team and their youth and inexperience seems to have shielded them from the gloom that marked recent sides – but they are still kids and they play very aggressively. So far they’ve played two of the weakest teams in the tournament and then sat their stars when they had to play a real threat in Belgium. They are getting attacked by their own press as cowards – who knows how that effects them.
The first 15 Ms of the game will be vital. If we could get an early goal we can get in their heads, but even moreso if we can hit them on counter well and get in their heads we’ve got a fine chance. We’ve already been through a crucible at the tournament and came through it – we have to make this game theirs and hope they can’t. I think Davinson will have great insight into marking Kane. I worry about Mojica with their wingers though… “