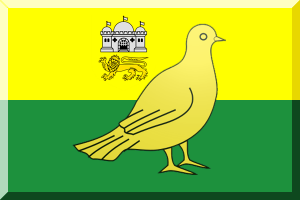 “Not sure what to expect, Sheffield United haven’t got started yet and that lad from Liverpool hasn’t done much.
We need a win but so do they, draw I should think.”

“Can’t wait to hear Farke make reference to «we won the statistics» in the post match press conference. Will lose at a desperate Sheff Utd”

“Yet another defeat ahead”

“I’m dreading the worst if I’m honest..not confident at all.”

“Gonna be a tough game, even though they’ve started pretty poorly. Have to say I’d sort of love us to stick 5 at the back just to see the look on Wilder’s face.”

“Apparently the Norwich team bus has just left to get to Sheffield in time. Tell that clown that no one will be late this year for him to moan about take your time take your time”

“I can picture Chris wilder already. Last year it was the bus. This year he’s going to bitch out illness in the Sheff Utd camp. Please let Norwich beat them 1-0 in the most boring game ever. Heck don’t even have a shot an win via an own goal. Perfect for that clown.”

“Nothing would please me more than shithousery against Sheff U again, would be the highlight of my season”

“Well up for Sheff Utd (a) again sat. Quality day out last year. Helped by the absolute headloss of their muppet of a gaffer “Take your time, take your time Norwich City”

“wish I wasnt working for the away game at Sheff Utd. This is the only time I’d wish for a 0-0 or a 1-0 with only 1 shot on goal, just to see the complete meltdown of Chris wilder again. In fact we better set off a few weeks early so not to upset him with our tardiness”

“up yours Wilder and the rest of you Northern monkeys”

“you mean you don’t like going to games and getting punched because your team kicked the ball in a net more times than the local team, can’t imagine why that would put anyone off”

5 thoughts on “Pre-Match View From Norwich”