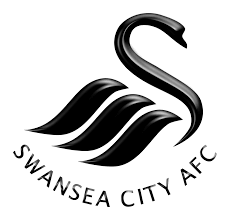 “Oh bollox, has it started again? “

“Our first Championship match for some years. The last time we played at Bramall Lane Leon played for them and we lost a very poor game 1-0. We had a good team then but now we have the dregs of our relegation team and some new young players that have to fit a jigsaw with what seems like a million small pieces in a very short space of time. Injured players are not ready to come back yet so we have to go with what we have. Perhaps GP and his cohorts can instil a winning togetherness in the players for this game or at least the strength not to capitulate which is what the TV cameras will want to see.

If and it is a big if the players can give OM some decent quality ball and the defence can be strong we can win this game perhaps by 2-0. My optimistic side is coming back after the rubbish seen towards the end of last season.”

“An unusual mix of hope, trepidation and the totally unknown are my gut feelings going into this new season but hopefully it will make for a pleasant change from the anxious, tedious borefest performances and the oh so predictable relegation battles we have become accustomed to over the past 3 years”

“As much as we can be concerned about our starting line-up what needs to be looked at is the formation of the home team.

Looking at their line-up in the second half of last season manager Chris Wilder has a preference home or away in a back three, five across midfield and either two strikers or a forward midfielder playing between a lone striker and midfield. Billy Sharp has left while the forward midfielder Dave Brooks has joined B’mth.

Going to Bramall Lane and a set up of 4-4-2, with two pacy wingers could see our central two outnumbered, whoever they are. Plenty to think about for GP.

Against Inter in midweek a similar back five with the same three midfielders from last season, Lumsden, Fleck and Lee Evans. David McGoldrick has replaced Sharp and he played up front alongside last season’s top scorer Leon Clarke.”

“my biggest concern is not the playmaker but the destroyer who makes the tackles, breaks up play and starts the ball rolling forward. Dhanda is a luxury player and effective moving forward and needs that tough guy in the middle who can read the game, break it up and then offload it to him or to our pacy wide players.”

“Don’t think we can get away with playing 2 strikers away from home from the kick off, but if we have to chase the game later it is a different story.

Of all of our problems midfield is the weakest and priority must be given to compete as best we can there. It might not be pretty but the longer the game goes and the home fans become less vocal then that will be time to bring on raw pace in the likes of Asoro.”

“We face a few strategic problems taking on a 3-5-2 formation. Playing with 4 at the back will be wasteful of our resources. Worth considering what they are trying to achieve and how they will want to do it. They are at home, first match of the season and on TV. They will want a good showing and a win.

First of all the longer we deny them, the better for us. They will want to attack using their pacy wing backs, overload us in midfield and try to contain us by getting us to attack narrowly down the centre. So we need to counter all of these and pose threats our selves. We also need to ensure the midfield is busy with players so they neutralise each other. With our midfield I believe that is the best we can aim for. It has to be very very tight in midfield.

Unless we try something radical, I believe we will struggle.”

“really struggle to pick a decent side for the game to be perfectly honest. Central midfield looks absolutely terrible”

“We are too nice as a side. We need an edge, to compliment our flair boys….

“Im presuming keeping it tight and keeping our shape will be the order of the day. Getting a point wouldnt be a bad start…..”

“Never seen Sheff Utd play bu the article on Ben Woodbrun going there instead of Villa says that Klopp wants him at Sheff because they play attacking football. Sounds like we might be in for a baptism of fire but I.m holding out for a 0-1 win for us”

“I am pessimistically optimistic”