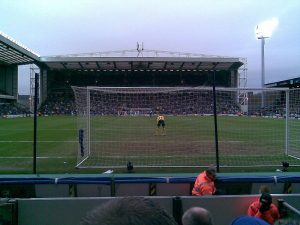 “I see some similarities between Sheffield United and ourselves. Both recently promoted from League One, both seem to have spells of playing some exciting football, both suspect defensively, both teams that have been assembled on limited funds in comparison to most. Could do with 4 points from the next 2 to keep momentum going into the international break. Any less than 3 from 6 this week and I’ll be disappointed. Think this one will be more difficult than Villa or Forest despite them not having the over the top media frenzy behind them”

“Going to be a really tough game. They have 2 wiley guys upfront in McGoldrick and Sharpe. Not the quickest, but both good technically and clever with the ball.  It’s going to be a real battle as they work hard like us. Hopefully we sneak a win.”

“Going to be a really tough one.  Sheffield United and West Brom are the only clubs to have won 6 of their first ten games and the Blades have a horrible habit of getting results at Ewood. Blades are nicely posed to get into the top two and if they are going to make automatic promotion, this is the kind of game they need to win. This game is a huge threat to our long unbeaten home run and I will be happy with a draw, ecstatic with a win for Rovers. “

“Blades will come for a shut out and get it.”

“Rovers last 3 games yielded 7-7. Sheffield United last 2 games total 6-4/So sod’s law it will be 0-0 but given they leak at the back as well, I am expecting the Blades to come to attack.”

“for some reason I always think dull grinding game when I see Sheff Utd pop up although that’s probably not true ! Like you say though I expect a tightening at the back type game from both sides, they come along every now and then.”

“Expecting a very tough game. Cannot recall seeing Rovers beat the Blades that many times over the decades. Although we’ve drawn too many games so far I wouldn’t be surprised or too disappointed to see this finish all square.”

“They are a good side, and we have played enough teams who we have considered good sides and have been unfortunate to not be on the winning side against some and have beaten others.If we want to be in the promotion mix then i feel we need to be winning this game, if we draw and then don’t beat Bolton on Saturday then 2 or 3 points from the last 3 games will be a poor return.We are unbeaten in 25 games at home and although i respect Sheff United and admire the job Wilder has done il be disappointed if we don’t claim 3 points tomorrow.A point would have been ok of we had held on against Forest but if we want to be mixing it with the teams at the top end then i think we need 3 points tomorrow”

“Two points from top 6 and playing Sheffield next. Looking good. :)”

“I wish we were playing Wednesday, Sheffield United look very good at the moment.”

“Sheff Utd have proper fans, who stay local. And support their club.
We don’t really have that at Blackburn.
There is only one guarantee on wed. Whatever we do, it won’t be good enough. And only the negatives will be picked up. But that’s just reading places like here.
Going to games is brilliant. Almost every match had been exciting between 2 very even sides. The crowd in the ground get behind us. The manager and players are making everyone who counts, proud. And going to games is now a really exciting and good thing. And we play great football.
What sets is aside from Sheff Utd, they don’t have Bradley Dack. We do.”

“Hope Mulgrew is fit, suspect he might sit out until the international break but fingers crossed as we need him alongside a shaky Lenihan. Going to be a tough game.”

“I haven’t seen anything recently explaining Mulgrew’s current situation.
If he still isn’t back will Rodwell play his third game in a week?
Downing made me feel nervous every time he got the ball against Forest.
If Nyambe doesn’t recover from yesterday’s knock then I assume Williams or Bell will play right full back (please don’t waste Bennett there).
Our once settled defence could be anything but on Wednesday.”

“Dean Henderson, goalkeeper, now on loan at Sheffield United.  Should be an interesting return to Ewood Park and especially in front of the Blackburn End after his reactions last season when playing Shrewsbury!”

“Wouldn’t be surprised to see Henderson have an absolute blinder against us- one of the reasons I am apprehensive about this one.”

“Dean Henderson. Prick. He’ll get some respite this season for one half probably backed by a large Sheffield away following. Shame really – he was a nob of the highest order and deserves all the stick he gets.”

“if his reactions in the games after his Ewood fiasco are typical then he could be a liability for them. On the other hand if he has a Robbie Savage type of personality, he may thrive on any stick he gets”

“I hope he gets his ears reddened , but that no idiots take it too far and throw shit.  Hopefully the prolonged abuse will be enough to put him off his game”

“Just had a reminder that we once signed Jordan Slew for £1.1m from Sheff United. Steve Kean’s words when we signed him – “He has strength, he wants to get in behind defenders and I think he’s a dynamic powerful young striker. He’s certainly one for the future.”
Slew now plays for Radcliffe in the Northern Premier League Division One North…. In the same division as Bamber Bridge…. one division above Clitheroe.”