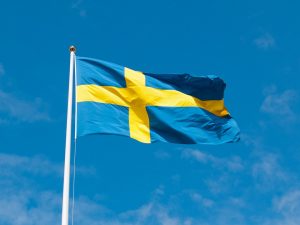 “Isn’t God great, they say a week in politics is a long time, 2 weeks in football is a lifetime, lol! Bring on England, we are ready for them. Come on Sweden! “

“Historically, England has always had major problems with Sweden. Hopefully even now on Saturday”

“Oh my God, don’t let this fairy tale run out. We want more!”

“It’s all about how to mentally tackle different scenarios. Against Colombia I knew an England that had a little bit of an extension. Mentally, Sweden is probably stronger if we end up in a disadvantage plus we have Robin Olsen.”

“Difference between England’s World Cup team and ours is that England can change its way of playing to change the match picture while Sweden does not want/time it, and soon the final whistle goes.”

“Sweden has the possibility with teamwork and hard work. But it’s going to be harder now to withstand individual superstars the closer we come to the finals. England has a lot of really good players who can decide on their own. Think it’s the edge game that determines.”

“Southgate is right to try to present the question, but England will still underestimate Sweden! With English eyes, a loss would be a catastrophe”

“Well England did beat France in the qualifications, eliminated the Netherlands then Italy then beat Mexico before getting rid of the reigning champions Germany, just to easily navigate past world 6th ranked Switzerland. Oh Wait, that wasn’t England, that was Sweden….And England defeated who? Scotland you say. Panama. Oh”

“The talk goes hot in England right now about how “simple” their national team will get it against a defensive Sweden.”

“A tactic used to excuse every very narrow win by England is to accuse the other team of cheating. . Tunisia also suffered the same vile accusations and let’s not pretend upper-cutting and studs down the heels England are Boy-Scouts. “

“I’ve been a big fan of Swedish football for many years since living in Stockholm & call Sverige my #1 team. Of course want England to do well as well, but everything that goes with Eng, the arrogance & lack of sportsmanship all round whenever they win is distasteful.”

“”Dear Sweden, have we told you how much we love you lately? Knock out England and we will love you forever. Greetings Scotland “. We Love you too Scottland, you are not actors on the pitch.”

“totally stunned by the amazing World Cup support from people outside Sweden. Thank you so much, it means the world to us! Hope you’ll all be behind us against England on Saturday! “

“Classic from the media to believe that Sweden is “popular” with neutrals. Wales and Scotland have hated England since Jesus walked in short trousers.”

“It is well crass so that Scots, people from Wales and Ireland hold on to all the opponents of England more than they like Sweden”

“I met a very nice group from Manchester in a bar in Nice. I told them that I wanted Iceland to smash them. They laughed & said they understood my rationale, given the behaviour of so many England fans. I feel for the decent, friendly saes fans who get tarred with the same brush.”

“We must end the trend of mentioning matches between countries/clubs with no spaces before and after the hyphen. It’s Sweden-England, not Sweden-England. They haven’t teamed up.”