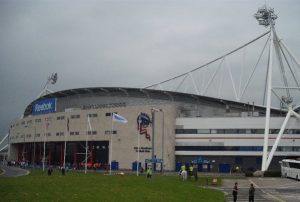 “I’d take a draw but hopefully we’ll knick it
Ameobi and Buckley in for the Wildschut and Noone, Vela/Murphy in for O’Neill. Possibly Grounds in at left back as Taylor started to get found out last night and was blowing out of his arse, not sure his legs will fancy another 90 minutes in 2 days time.”

“Never deserved it on Wednesday but who cares? Had 0-0 written all over it till Ameobi came on.How bad was Wildschut? Terrible. Buckley made a difference given he made good runs and didn’t trip over his own feet.
Oztumer and Wildschut look like impact players to me. Based on tonight neither did enough to warrant starting.
Olkowski is the best full back we’ve had since Big Sam days. An absolutely unbelievable find.”

“Birmingham better for 70 minutes, then Ameobi and Buckley added freshness and quality and turned the game in our favour. We pass it around on the floor a lot more. It looked good at times, usually until the ball went to Beevers who lumped it long. It also didn’t look like us and didn’t look like we had any strategy in where it would lead “

“Home games will be tougher for us. I think a lot will depend on set pieces – at home I think our goals may come from them.”

“Sheff Utd will come and try to dominate possession.”

“I can’t see us not conceding to these twats.”

“Should hopefully be a great atmosphere.
Surely we are not going to win again?
Think we will have to settle for a 1-1 this time, but would love all 3!”

“I think there could be a few goals in this.”

“I’d happily take a point but cannot see it.Still a great start though if the worst happens.”

“3 points and top of the league!Boom!”

“These clowns really do have an unhealthy dislike for us dont they and its from absolutely nowhere. Baffling really”

“I really don’t get how they don’t like us not as though we are local rivals tbh not many fans like us which is puzzling.”

“Their animosity to us started 2 seasons ago in Div 1 when they thought that their massive massiveness should have given them automatic promotion but worked themselves into a little tantrum about us because we came from nowhere to put up a bit of a challenge. A couple of them popped up on here & seemed sensible at first but then showed themselves up to be complete tossers.I’ve never cared either way about Sheff Utd & find their dislike for us quite comical but i must admit that winning & Madine scoring at theirs last season was a great laugh.”

“last season ostensibly showed us that our youth players are better than those at clubs like Palace, Forest, Sheff U, Leeds, Birmingham, Watford etc”

One thought on “Pre-Match View From Bolton”