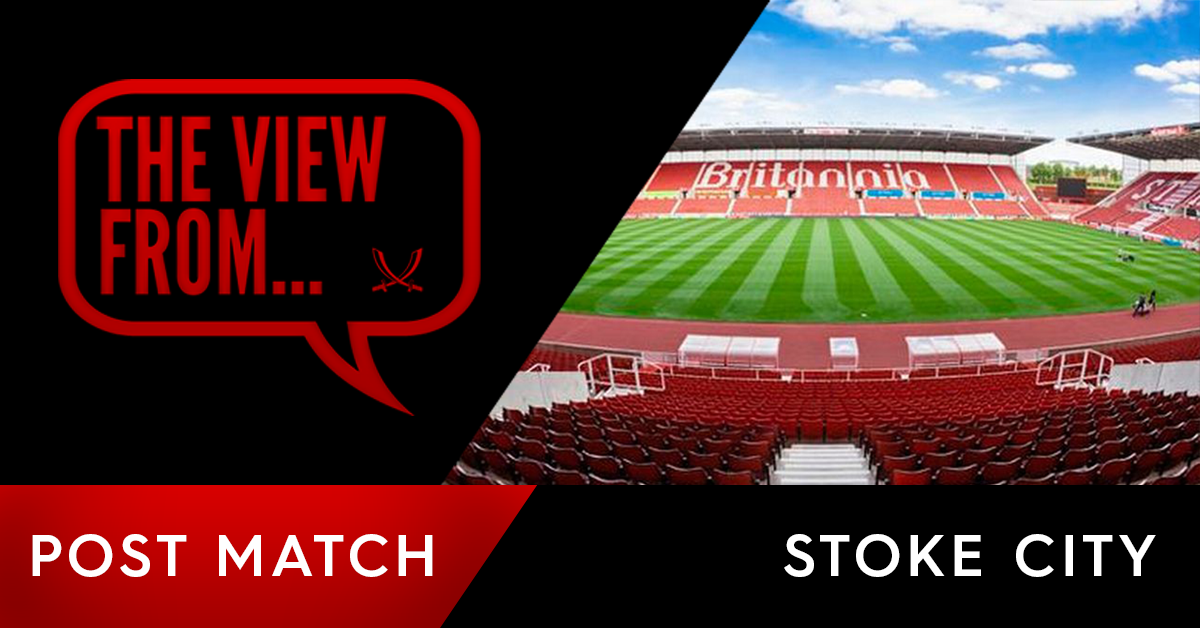 “First half diré, bit of fight second, they were no real great shakes but we have so little quality where it counts.”

“We lost that game in the first half”

“Sheffield United were appalling second half and they’ve still ended up beating us easily.”

“We made them look appalling but we can’t score, which is a fatal flaw in a football team! “

“We are in big trouble. We are so easy to score against. Sheff Utd did barely anything to open us up and ended up scoring 3. It’s frightening that the manager hasn’t been able to tighten us up as a defensive unit. “

“They have been hanging on at home, 2nd from top”

“Best side my a mile seoind half “

“Totally undeserved, almost everything has fallen for Sheffield today, every referring decision, second half we were much the better side, just lacking that vital break.”

“We are truly cursed with bad luck”

“Unlucky today, it will change if we don`t panic. “

“We are 27 games in and 21st in the table.
I guess we’ve been unlucky and lacking that vital break for most of those 27 games. “

“How were we unlucky ? Our goal was literally a fluke cross. We are absolute dog shit and deserved to get absolutely zero from that game.”

“Hanging on? We were hardly been bashing their goal in. Couple of minor attempts without seriously threatening their goal. What a joke. We’ve been useless and have been for the vast majority of Neil’s tenure”

“It often looks like we are a better side when a team is beating us. In reality, the other team just takes their foot off the pedal and stops taking risks. “

“Stats are basically even. A bit unlucky, not totally undeserved, for me.”

“Stats say this was quite an even game when in reality Sheff United (and other decent teams in this league) don’t have to get out of first gear to beat us and other teams around us in the league just out work us.”

“So often we dominate the half then let the opposition score”

“Can’t really blame bad luck when our goalie concedes every single on target shot, our strikers have no clue how to score goals and our defence and midfield are completely inept.”

“How bad are we. There isn’t a decent side in the whole division. If you are struggling in this division you have to be crap”

“I may be pissed off but seriously:
We were dogshit. There wasn’t any “luck” influencing that match. We didn’t “dominate” anything, we just faffed about with the ball until we’d lose it.
We got exactly what we “deserved” out of that match. We can’t make a pass at a $5 hooker.
Blades have little to brag about either – we just stood by with the door open in midfield again and must be the easiest to break down side in this league.”

“We seem to have a problem with the opposition having every shot on target resulting in a goal. If we can stamp this out then I’m sure that we can turn it around. But as Neil says, You simply cannot coach mistakes & poor attempts to save the ball.”

“Another game where every shot on our goal goes in”

“I’m pretty sure we lost it because they are a much better team!”

2 thoughts on “View From Stoke”