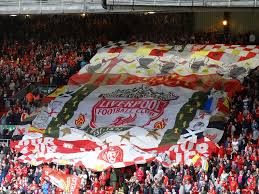 “Great signing for anyone, glad he’s only going on loan. Will be a good player for Liverpool in couple of years”

“Really tidy, good touch, positive intent when he’s on the ball. Will add a creative spark. Plays behind a striker, but i’ve seen him used across our front 4 and in a midfield 3.”

“He needs games. Interesting to see which position he plays”

“Needs minutes now at a stable club. Hopefully he can slot right into the gap David Brooks has left at United since leaving for Bournemouth. “

“Personally I see him as a number 10 playing behind the strikers long term and that’s where Klopp has tended to put him in the friendlies. He doesn’t really have the pace for playing out side. “

“he needs regular games. The championship at a big club will be good for him for a season. “

“He’ll get regular first team football and at his age with his potential that’s just what the lad needs and it will be a chance to look at his own game and encourage him to make that step up from a lad to a man, hard-work brings its own rewards “Good luck son” fight for it”

“I would love to see him staying. He is perfect for rotation. But I guess Klopp know what he is doing.”

“Kloop should have let him go out on loan last season then he may had the chance this season. Very talented teenager with great future ahead of him. Like any other professional players. This lad need to play.”

“Be interesting to see how he gets on playing regularly. There’s talent there but I feel he needs to adapt to the bulk he’s put on.”

“make no mistake, this kid is the real deal”

“Good for the lad. It feels like he stalled last year and didn’t give Jürgen a reason to pick him. Going out to the real world of the championship at a club that will want to play good football is perfect. Hopefully he thrives and we demand him back!”

“Good move. Club that plays decent footie in a competitive league and he should thrive”

“Better than going to Villa I would say, Sheffield are one of the better teams in the Championship”

“Chris Wilder plays decent footy. Should be a good move for him”

“Interesting destination for him. Go on the blades.. Sean Bean will be delighted”

“Good move, just think some of our other youth players have surpassed him. The game time will do him good i guess, rather than bench warming at Liverpool”

“to be honest, it’s difficult for him to be in our starting XI…even for non league competitions”

“He isn’t as yet anywhere near good enough for first team. Likely to progress more by playing at a decent club as long as he gets game time rather than being on LFC bench”

“He’s decision making can be poor plus a little light weight. Might struggle in the Championship.”