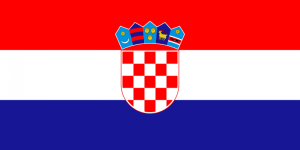 “They have a great team. And everyone here in Croatia have a great respect towards their players and theirr young and good manager. If he continues to do such a good job with the national team, there is no fear for their football future.
We don’t react good after set pieces.
It should be a good and interesting match, let all of us enjoy it.”

“Overall looking at the two knockout games England have been more convincing, they’ll be the fresher outfit and have no injury concerns to their starters.
As to how the teams match up and the individual h2h’s I think arguments can be made for both sides. England’s pace will test Croatia and their direct style and set pieces isn’t something this Croat team has dealt with in this WC. On the other side, Croatia has a much better midfield than both Sweden and Colombia and has the ability to control that part of the pitch. They also have pace and direct goal threats out wide.
The Croats also have the edge in experience but England are young and hungry, to me they look more likely to be the team playing to win. I think that’s where their edge lies.”

“this match will be a real pleasure to watch because the both teams will attack and will play with passion.
At my eyes, yes we need to be focus on some players. Especially Trippier on the right side, his runs, his calls and his delivery are always perfect. He was unknown before his arrival in the Tottenham squad but today, he’s one of the best offensive right back.
Plus the Tottenham connection is hugely present in this team and we must to contain that, not let them to play and take confidence between them. With players like Alli, Dier, Kane, Trippier, Rose, or with Walker who was at Tottenham too.
So Southgate will maybe play with the same line-up as he did in their past matchs during this world cup, with Pickford – Maguire, Stones, Walker – Young, Henderson, Alli, Lingard, Trippier – Kane, Sterling.
With Delph, Rashford and Dier as replacement for Young, Sterling and Henderson.
But yeah, as you said their set pieces are really dangerous and they’re all coming from Trippier.
Now, this will be a real test for us because by the past, we had always some problems to play against this type of line-up (look at Mexico, who is playing the 3-5-2 too). And here the stamina aspect is at my eyes really important if we want to counter them because their players are fully fit and really fast with and without the ball. (Offensively and defensively).
The key will be to see our midfield join the attack and not let our 3 strikers alone up front. We’ll need to play as a block and counter them as an unit. The croatian legs will be really heavy but this is our only chance to take a result from this match.
Plus Harry Kane is actually my favorite player out of our NT, and we need to be really worried about him because we can’t let him 2cm front of him. This guy is clearly a lethal weapon and he is able to score with both foot, header, make the call, the right passes for his lads etc…
This will be really tough for me to see our NT playing against some players from my favorite team who is Tottenham…”

“I love England football team but I hope my dear Croatia will reach the final..and I actually think we are going to play better than England om Wednesday”

“England will only get better..they have a shit of youngsters coming through ..their day will come soon..like at Euro 2020.”

“players are very tired…defence is weak, 2 goals from Russia, 1 goal from Denmark.”

“Not sure if they will have any legs left for England as they wasted so much energy beating Denmark and Russia teams they should have beaten in 90 minutes based on the big difference in quality.”

“Players are tired physically and mentally but hopefully they will have enough strength to beat the English. Dalic had a bad plan against Russia going 4-2-4 system. As soon as Brozovic came on Modric played higher up the field giving russian defense all kinds of problems. Dalic must play a 3 man midfield against England. Let them have the ball and try to break us down. England wants to play on the counter to use there speed they don’t have any natural playmakers in midfield. We can beat England for sure just need to play smart and must be organized on set pieces.”

“I guess Corluka and Lovren will partner up and Vida will be moved to RB. The only good thing here is it gives us an additional player who can clear set pieces, which brings me to my next point. England love their set pieces. Please for the love of God defend them well. I dont care how tired you are. Put yourself in front of someone, bother them, just dont let them have a free go like the second goal we conceded vs Russia.”

“I say it before every game no matter whom we play against, Luka will be the best player on the field.
Him and Rakitic will control the midfield…I don’t care how much the english run around like chickens with their heads off and pressing them, these two will be our main advantage.
We need to be ready for their set pieces. I watched two of their games partially, and on both their centre backs Stones and Maquire came flying in with thundering header goals. These two are big/strong and fearless in the air and we need to be ready. Yesterday’s goal in ot, our defending was horrific, Mandzo in particular just stood there (yes I realize he was dead but he has to do better).
If there ever was a game for Perisic to stand up and deliver, its this. He has to be aggressive and a bit selfish and take his man on to open things up.
What an opportunity awaits us. 90 minutes to play the game of our lives, and we play next Sunday for a shot at the WC.”

“Croatia are the better side. I think they will control the midfield and win. Shit , I have been saying this since day one that Croatia are going to the final. on a srs note, England has a hot keeper going in and they do have Kane .Sterling does open things up with his speed…and he is due to score a goal!!”

“After 20 years of waiting this new semifinals.
They play out of spite also, because of all those affairs with tax, false testimonies, contracts, Zdravko and Zoran Mamic. So that they show, we are nice guys.
England already thinks that they are in the final.”

“Yup they are so arrogant. This will definitely motivate our players.”

“Should be a great game regardless of the result. But i do hope we beat those Brits. Their media will probably talk alot of smack against us so that will give us an extra boost. Do we go into this game as underdogs?”

“we are the underdogs, which kinda plays into our advantage if the English play that way as we are much better on the counter (see Argentina match)”

“I hope we fckn destroy the Englezi… not sure about you guys but I’m disgusted in their whining and diving etc. A real turnoff to say the least.”

“The only thing coming home is England’s team empty-handed.
Croatia will go to the finals, we were the best in our group and we play better against “big teams”.” “Sorry England, the cup wont be coming home”

“I hope the coach will put the second team against England to rest the first team for the final!”

“Croatia is definitely knocking England out. The english football has gotten lucky by either playing weeklings in the tournament, or having those lucky moments.”