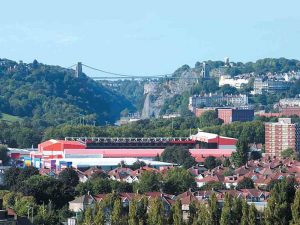 “A bloody tough game …and probably goals.  Cue, boring 0-0. They’ve started pretty well, after opening the season with two defeats, reeling off 4 successive wins to lie 3rd in the table…1 point ahead of City.  Another game that probably feels like a barometer of our progress and standing in this division.  Wilder has recruited well this summer to give the squad the depth that they missed last season as they fell away in the second half of the season.  Mmmm, the parallels!! 3-5-2, playing from the back, but commit players forward, like we did in 14/15.  Let them settle into their groove and we’ll be in for a tough afternoon.  Exploit those gaps (remember what Fulham did to us at AG in 14/15), force them to play risky football deep in their half, and we can win the match.”

“Balham is a player I’ve underrated until I saw him at Bramall Lane last season, where he proved a better footballing CB than I’d give him credit for.  Can be prone to rash tackles when rattled, so might suit Taylor!!  Egan is a good alround CB and a good acquisition.  In all, a back 3 you’d be more than happy with, but like a lot of Champ central defenders, can be exposed down the sides. Norwood was a really astute signing, can play the Pack role without perhaps the passing range, but don’t ignore his quality from set-pieces.  Will keep the ball moving…so we mustn’t give him time to bypass our press.  John Fleck – red carded at their place last season.  Tenacious midfielder with moments of quality.  Need to commit him on the stretch, as he can’t resist a tackle. Mark Duffy is the dangerman – bit of a journeyman, but found his identity at SU, and a real threat.  Will cheat in midfield, and if you think where Weimann was picking up the ball in 20 yards of space v BR, that’s where Duffy will want to receive the ball, but instead of Weimann having one forward colleague, Duffy will have two, and their launching of breakaways is very impressive.  LJ talked of ‘transition’ with Twentyman on Monday…SU are the epitome of this with Duffy the key to springing Freeman or the front-men  Didn’t start the 2 defeats, can only imagine he wasn’t fully fit.”

“How do we win the game?

1. don’t let Duffy face up our 2 CBs.  So important that Pack and Brownhill work together to deny him space.  Pack might need to curb any runs forward on Saturday.  It’ll be a long afternoon if he does and has two runners against retreating CBs

2. don’t let O’Connell or Basham bring the ball forward unopposed…creating an extra man in midfield drawing JB or MP out.  This us what allows them to spring Duffy.  Eliasson and whoever played RM key to this (COD or MW), tucking in, but also the two strikers.

3. just as NE and COD/MW are important when SU have the ball, it is important that we we get it, we transition (that word again) into attack quickly, and that will require commitment from our two wide-men to get into the spaces behind their WBs, and down the sides of their CBs as quickly as possible.

4. Hunt to impose himself on Enda Stevens.  Pushing him deep into a more conventional LB will deny O’Connell space and allow MW/COD to create a 3 on 3 versus their CBs, where Weimann’s clever movement could run them ragged

5. Assuming Kalas is fit, continue to play a higher line to squeeze SU in possession.  Not saying that Clarke, McGoldrick can’t run the channels, but they do like to break centrally, so condensing the pitch will help.   6. Patience.  If we cannot break on them, then control the play, and make them run about chasing us.  Duffy won’t want to chase the ball. “

“They are a very good team”

“It’s been so long since we beat Sheffield united at Home – I can only think of one occasion in the last 6 years. It’s going to be very tough.”

“Saturday v Sheff Utd (home) Tuesday v West Brom (away) Friday v Wigan (away) To me this looks ridiculously hard, ok we’ll be nicely rested for the home encounter against S.Utd – but how good did they look v Villa!”

“The players will be full of confidence after the demolition of Blackburn. They’ll be itching to get back to Championship football and in front of their own fans.  That said I’d take a draw right now………..”

“Let’s see how it goes against high flying Sheff U, but based on our last three performances, I am confident we can at least make the play offs this season.”

“Thats a cracking effort and it will increase to about 1500. We wouldn’t take half as much IMO. “

“Both Sheffield clubs have cracking support home and away. You can’t really knock them, particularly when you take into account the lack of success. Same goes with our support though, we must be the best supported team to have not played in the top flight for nearly 40 years.”

“Decent effort. More than we will take up there i expect.”

“Sheff weds’ have always had excellent away support, far better than United’s, Wednesday would of sold their allocation Saturday.”