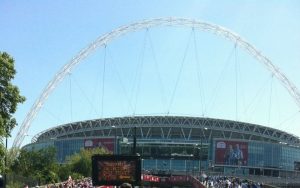 “we will win this. we’re going to win the fa cup this year. “ “We’ve got a decent chance of doing well in the competition so we should be as full strength as we can be. Ensure we win and don’t go back to Bramall Lane. Sheffield United are a decent Championship side but winnable. We need to progress. “ “Ill be livid if he puts out anything less than full strength, absolutely no reason not to now.”

“We need a win here to get back on track after a turbulent couple of matches. We’ve got 8 days gap between this game and the next Premier League game so let’s put our our best team and put in a good performance and get the result we want.”

“ Full strength would be nice. We’re too inconsistent to do anything decent in the league now. “

“After Man City we need to come out fighting and WIN.”

“No excuses to not go full strength now we’re playing once a week. Our season might as well end if we get knocked out of this.”

“We’ll play a virtual full strength IMO. Iheanacho will probably start but it will be an XI who are all first team picks.”

“Think he’ll go with best side available, which is contentious. Mahrez will play and we’ll all be happy Friday night”

“We’re playing a more than decent championship side who could yet be Prem rivals next year. We can’t be putting out the likes of Benny, Barnes and (unfit?) Huth or it’ll be another year of dying wonderin’”

“Sheffield United will be well up for this with nothing to lose. I expect a very tough game”

“they’ve scored more and let less goals in than us this season.”

“His job should be on the line if we don’t beat these” “Too many painful historical defeats to lesser lights in this trophy, don’t want another.”

“If we can’t beat the Blades at home then we need to take a long hard look at ourselves. The result should never be in any doubt. “

“Dip in league form, quarter final up for grabs and favourites to win. Big pressure, have we got the balls?”

“hope and think we’ll be really up for this. I expect a quick start and a comfortable win.”

“Vardy will score a hattrick in this game if he starts.”

One thought on “Pre-Match View From Leicester”