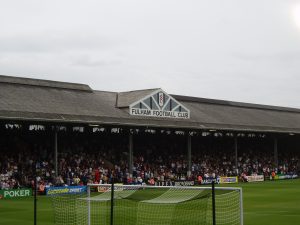 “we are among the best, if not the best in the Championship at the moment” “There’s no reason why we can’t go until the end of the season not losing!”

“We are now, unarguably, the best team in this division. IF ( yes, a big IF) we can keep on like this, who knows: we might even make an automatic spot. The problem, if we don’t, is that the playoffs are a complete lottery, where current form is pretty much irrelevant.Tuesday is a banana skin….let’s shout out support for the whole 90 minutes”

“Its still going to be difficult to overhaul Cardiff but we look like we have promotion quality stamped all over the team. I am no longer that bothered about what is going on behind us”

“It’s not an easy run in — Leeds United, Sheffield United, Brentford, Preston, and Millwall are all solid clubs — currently 8-12 in the table. They will all play direct, waste time, commit tons of fouls”

“Sheffield Utd are just as physical as Derby were”

“I’d be happy to see Sheffield Utd replace Bristol city in the top six. Bristol City are a difficult side for us and I really don’t want to meet them in the play offs.”

“We scored 5 away against them and would be great to score another 4 or 5 at home.”

“It was a thriller at their ground”!
Also a game full of defensive errors.
I also had the best kebab I’ve had for a long time close to the ground, so I remember it well!”

“I had to turn Sky Sports off when it got to 4-5, just couldn’t stand the tension! Looking forward to Tuesday night. Hopefully a less nerve wracking game. Clarke allegedly out which will be a big miss for them. “

“Both managers will remember that match and set their teams up not to concede.
Expect a boring goaless draw.”

“Sheff United will be a very difficult game, so no time for complacency.”

“Still dubious about Sheffield Utd calling the match off 3 days early; not least when they have under soil heating.
Main concern for Tuesday though is Sessegnon having, according to GJ, “pulled something” and the number of thumps Derby gave Cairney.”

“Sess has to start there’s goals to be had in this one. Think unlike villa and wolves these guys will have a real go.
Perhaps rest mitro and macdonald and ayite and play a front 3 of kamara, Piazon and sess.
Midfield Cairney, johannson and Norwood.
Will need the strong spine at its best at Preston”

“I know I’ve had a couple, but just watching Chelsea look really poor against City, leads me to believe, no Terry, no Fat Frank, Chelsea we’re coming for you next season!!!”

“Whilst very slightly tongue in cheek, we all know football fortunes are cyclical, Arsenal seem to be spent force, Chelsea’s line up is full of faceless nonenties, we have a manager on the up who is inspiring the players and fans alike, maybe our time is just over the horizon.”

“maybe a few more intelligent people around know that Slavisa could do a job up at the Arsenal. Look at what Lobsterman Carlos Carvalhal is doing up at Swansea? A fantastic job, and it proves that there are a few tactical managers back in the championships that could do a better job than your Sam Alyerdice’s. Slavisa is used to working on small budgets, and that gives him a great advantage over those big spenders who get duff information on overrated players. It only takes 1 or 2 flop players to put managers in the sack race. Remember Chris Houton back up at Norwich in the prem a few years back? 1 Van Winkle who was overrated, and Chris had the chance to get Wilfred Bony, and he chose Winkle, who got him the sack. At any level, you have to make good calls and good decisions. Slavisa made a good call when he got Mitro on board. I have no doubt tht this Fulham squad could make mid table comfortably back in the prem. Slavisa, i am confident would be better than Koeman and that other Dutch guy who got sacked. Like i said, only intelligent people, and intelligent chairmen like those at Swansea make good calls and decisions!!!”

One thought on “Pre-Match View From Fulham”