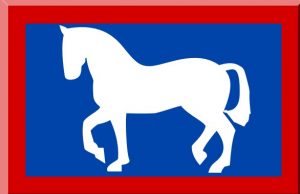 “With back to back away wins achieved – 51 points on the board after 35 is a minor miracle given some peoples viewpoints especially on TWTD with the season but there we go – that should be us fine.
Therefore, are we capable of doing anything at the other end? Unlikely. Sure, we’ve put back to back wins together ( both on the road ) with our first W W sequence since beating Forest + Derby.
5 unbeaten away is fantastic. Home is more the issue – given how we play, we’re better set up to play on the road. That’s ultimately where I think this is going to end – I don’t see us winning three on the spin. The blades are wobbling somewhat – IF we’re going to do anything it’s a fixture we need to be looking to win. We’ll see. “

“Must win game at home to Sheffield United who are in indifferent form.”

“Of the six teams we need to overtake ee still have 5 of them to play
And we have a game in hand on four of them.
I know it’s unlikely. I know it would require a big finish from us. But.. the season is still not quite over yet.
BELIEVE!”

“Recent performances are a start, but we need to start scoring and winning more at home – do that in the next 2 and maybe just maybe it could be on. Winning Saturday is an absolute must”

“It’s the hope that gets you… it’s always the hope.”

“It’s quite amusing really, the Blades are, according to the experts, still very much in with a shout of the play offs while we have no chance, and yet Two wins in these games will in all probability see us above them ! “

“We don’t beat many teams above us so beating them all seems unlikely unfortunately.
If we get in the playoffs we will win it cos we literally need to win most of our games left and will be in brilliant form. I just can’t see it though.”

“The Blades and Bristol City seem to be struggling just at the wrong time in the season.”

“Having watched the blades a couple of times this season they knock the ball around with a lot more composure (and intent) than us, but expect we’ll set up to nullify them and try and hit them on the counter or by a barrage into the box. “

“Our defensive record since Cameron Carter Vickers has arrived has been quite exemplary. The most we’ve conceded in any game he’s featured is one………”

“We seem to be conceding less now we have Carter-Vickers but we certainly need the goal tally going up also” “Vickers to net the winner in stoppage time ;)”

“I’ve noticed since Mr Vickers joined us from Spurs, the most we’ve conceded in ANY given game is ONE GOAL. Superb at the back. Very happy with that figure, one goal a game at present is bare minimum a draw.” “950 Blades coming down. Not a bad effort from them – sure many didn’t bother due to the prices, however if they’d not been greedy and agreed to our 25 both ways deal….. they’d be cheaper.”

“I quite like the Blades. Proper club proper support.”

“They are a proper club.”

“Always liked them too & really enjoy our small rivalry with them.”

“must be honest I can’t stand them at all, horrible club and not particularly nice fans either.”

“I always remember Sheff Utd as a real bogey team for Ipswich, especially in the early days of Robson’s reign, which included a 7-0 away defeat in 71/72.”