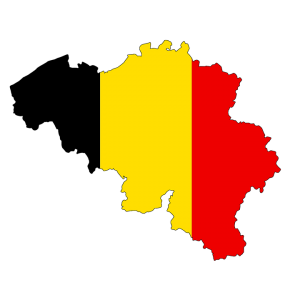 “Let’s hope we’ll have a fair game without any injuries. No matter who wins, both teams are having a great start. Thursday will be out first big test”

“I find all the most important countries still playing moderately. Belgium and England are the exceptions.”

“Only Belgium and England have convinced so far”

“I would like to see Belgium take England on Thursday, so that I am super proud and can walk round many areas through London”

“ To be fair. I really wan’t to avoid Colombia but what if England also want to avoid Colombia? – Here, you score. – No, you score! – No, no I insist. Score !!” “So Belgium – England promising to become an ’own goal and trying to get the opponent booked’ fest.”

“Soon Spain, Argentina, Uruguay, France, Brazil and Germany will be on one side of the schedule. And then Belgium or England.”

”Belgium had both the lowest sprint distance and the least distance covered (of all teams). Not much effort, comfortable wins in the end.”

“Lukaku and Ronaldo is deserving of the Golden Boot.If kane wins it will be the most undeserving!! “

“Lukaku scored all 4 from open play” “I would mark Kane’s goals as 2 penalties and 2 goals. England players were offsides before that soft penalty call on Lingard “