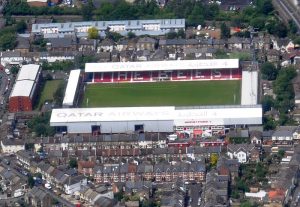 “SUtd go forward with a lot of width and we’re going to need our two wide attackers to have a lot of mobility, both to track back defensively and also to exploit space left behind them. It’s unfortunate that we’re almost without choices in those positions.”

“Got to look at the opposition. Sheffield play an open attacking game but are vulnerable under pressure, very different to yesterday and the dour counter attacking Pulis game. This should suit us better in many ways. “

“United play with a central back three and two wing backs, could be tough breaking them down. Creating opportunites on the ground more than aerial is best. Same as Boro, in a way, but United will have three CB’s over 6 foot and not two……”

“Sheff Utd are a well-rounded team these days and will present more of a threat than Boro whilst being no pushovers all over the pitch or at the back.
Big win if we manage it. “

“We will beat Sheffield United, they were cack against Rotherham.”

“I’m confident that our winning ways will restart on tuesday, now that we have more selection options.”

“We’re not that far off, we just need something to go our way for once, give everyone a lift. Hopefully that will come tomorrow night…”

“The fact we had more shots on target than any other championship side at the weekend points to us creating chances.”

“we have one win in 12 and are not getting better as the games go by. The trend is pointing downwards rather than up. ”

“Nothing other then 3 points tomorrow is acceptable. As 1 win in 6 is bad enough, 1 in 7 is Leroy/Butcheresque.”

“most of us would like to stay in the championship……sometimes alarm bells have to be rung as our last 11 games have seen us dropping like a proper heavy fkin stone…..another 11 consecutive games like this and we will be bottom 3…..can you guarantee we wont be in that position end of january with players sold to the higest bidder to cope with too ???”

“Not at all confident in any team currently available.”