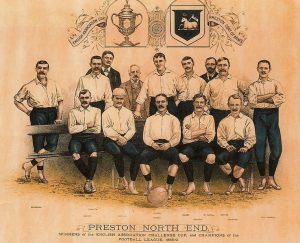 “Big game… or not, depends what happens elsewhere.
Huntington went off injured at half time and Clarke looked like he was playing through the pain barrier as well. Hopefully Maguire is sharp enough to start and I hope Alex Neil gives Harrop his chance as he’s looked great coming off the bench.”

“We have next to no chance of getting the play offs but I think we may well still take it to the last day of the season. I can see Villa beating Derby now that they still have a slim chance of automatic promotion, whereas had Cardiff won tonight, they may have rested a few key players like Huddersfield did last year. And Sheff Utd can no longer get the play offs so they may be tempted to go on their holidays whereas our players may think a miracle can happen. If both we win and Derby lose then regardless of other results, we take it to the last day of the season. I then believe Derby will pick up at least a point from Barnsley and we’ll be out of it but it’ll still make for an interesting last day Vs Burton and who knows we may even find a miracle from South Yorkshire on the last day of the season again… “

“Sheff United’s chances are not too far behind PNE’s. We both need two victories and we both need to climb over Derby, Millwall and Brentford (they also need to climb over PNE and Bristol City… but that’s who the Blades play in their last two matches, so that would happen naturally.). If Derby Millwall and Brentford do lose on Saturday, then a Sheff U victory would have them going into the last match just 2 points (and lots of goals) off the play-offs and praying for Derby to slip up in their last match… And that’s not too far from our situation if we win at Bramall Lane. There are clearly some additional permutations that can work in our favour but Sheff United will NOT be on their holidays on Saturday!”

“Sheffield Utd are likely to be more physical and direct so a lot more contact is likely to take place and the 50/50 challenges need to won. A lot could come down to who wants it more. With it being the end of the season expect to see Clarke or Hunts play strapped up and injected with pain killers”

“I believe Sheffield United play a 3-5-2 and most of their attack is fast breaks, going forward in numbers with the wingbacks bombing down the flanks at every opportunity. Keeping the wingbacks pegged back in a defensive role should be a top priority, which means pace on the wings, forcing Baldock and Stevens to keep tight to them and be hesitant to join the attack. Without them united have very little width from what I’ve seen of them, so Robinson and Barkhuizen on the wings is a must in my opinion, with Bodin either benched or played centrally.  O’Connell, Basham, and Stearman are all around 6’3″ so we’ll have no luck with the long balls forward we resort to at times, so keeping the ball on the ground is an absolute must as I doubt we’ll win many duels. Set pieces will pose a problem too, as we’ve been weak defending them recently and having tall centre halves and the likes of Leon Clarke and Clayton Donaldson attacking the ball will be very dangerous. ‘m expecting a few goals for both sides in this one. Both teams will be at each other’s throats from the off “

“We should basically do the opposite of what Alan Irvine did the last time we had such a huge game at Bramhall Lane. “

good. “ “ our away form has been excellent this season and AN has the mindset in the players that we can go and get something at any ground in the Championship. Just keep that mindset and lets get 3pts “

“What I’ve found funny and interesting is that their fans have this down as a dead cert 3 points and expect to struggle against Bristol City. I know we’ve not been as good as we can be and not been finishing chances, but we’re still more than capable of going there and winning. The players do need to turn up though and deliver if they really want it this season.”

“tbh I can’t see it happening now. If we’d have beaten Norwich we’d still be well and truly in the mix and taken another 1,000 to Sheffield Utd. There’s too many permutations for it to be likely but there is still a small chance so the seasons still interesting. I honestly don’t think we’re clinical enough at this stage of the season to win the play offs anyway.
Whether we make it or not, we’ve improved on last year and even with exactly the same squad it shows that with a little bit of luck we could well have made it. We have money to spend in the summer so if we can get the right players in for Neil’s style I really don’t see why we can’t improve further next season. Overall whilst a tad frustrated I’, happy with the club, management and players. “

One thought on “Pre-Match View From Preston”