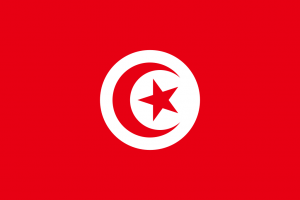 “We have to learn the lesson from Egypt, Morocco and Saudi Arabia who played against moderate teams and lost. England is stronger be awarrre !!! The game is 90’min + .. never give up !! Allez tunisie !!”

“I know that Tunisia is worth a surprise and whipping England. We are the best Arabic team”

“Tunisia will beat Belgium and England you can screenshot this”

“I expect the Tunisian team to qualify in this group. England,  Panama tie and win Belgium probably”

“Tunisia will fulfill the surprise of England if Allah wills”

“Wahbi Khazri 7th best Ligue 1 player according to French Football magazine and Tunisia 14th world team according to the FIFA World Cup rankings. The lights are green for the match against England”

“Harry Kane is more expensive than the whole team of Tunisia”

“The key to victory is no space + possession + bcp easy goal.”

“This will be the most bouncing game of the 1st round”

“We have shown that we are capable of doing beautiful things. We have a good team, a good generation and a quality coach. I hope we will be able to go as far as possible and it goes through a good performance against England.”

“ I hope the players will be paid tribute before the duel against England! They qualified us after 12 years of absence, we will offer you the second round”

“Unlike the Arab teams, Iceland has held the blow physically and that is the difference. I hope that Tusnisa are successful to stand out on this plan Monday against England”

“I hope Tunisia saw this game of Iceland PCK Monday against England, will have to fight like this as a team on all the balloons*”

“Tunisia will automatically lose from England and Belgium, both of which are potentially catastrophic.”

“Morocco are better than us in terms of performance, tactics and artistic value and this group is very difficult with the presence of England and Belgium”

*That’s what it translated to anyway