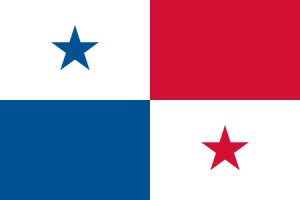 “24. 4 million Panamanians praying for a great game and a miracle. Anything can happen.”

“If Mexico can beat Germany, Panama can beat Belgium and England. Who said fear?”

“England can not bring their money onto the pitch”

“Panama must go out to score before England, trusting in God can be achieved.”

“Today’s dream was the best, I dreamt that Panama was putting some goals to England in the last few minutes.”

“if Panama beats England I’m going to tattoo the map with the flag.“

“The icing on Maradona’s cake would be for Panama to beat England.”

“Panama proved to be a worthy team against Belgium and the defeat was a beautiful victory. I’m proud”

“Panama’s debut was dignified. The differences are very large (in every sense) and that is why it happened what was likely to happen. Not to forget the 1st half where Belgium was not as comfortable as I thought it would be. Now to prepare for England”

“if Panama plays as he played against Belgium, it will be a lot of work for England!” “A World Cup debut is a lot of pressure. We did very well, with dignity. I think we will play the next two matches better.”

“We have already fulfilled a dream”

“Panama is a baby if compared to England that is an adult. Do not require him to run, to stop crawling and a few steps is enough. Then who stops that little boy. Up Panama.”

“I have faith in Panama. England I saw it very loose against Tunisia”

“Panama and Honduras are at its lowest level. A shame, otherwise Honduras was in the World Cup or Panama would be giving more battle”

“Crisis in England HQ as the media of the country released a photo of the sheet with the escalation and tactical planning pro game against Panama.”