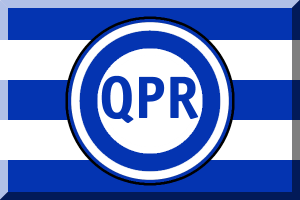 “Sheffield United got a hiding midweek by a Tony Pulis masterclass. The fact the Blades really struggled to deal with crosses into the box and any set pieces might just suit us. On paper, this should be a perfect game for Matt Smith to get off the mark”

“Be a meltdown if we lose Saturday”

“Blades have had a poor start and from the bottom of my heart, I hope their poor form will continue
Until we hopefully get some decent loans in, I am not 100 % confident with our squad”

“Scoring at least one goal would be a step in the right direction.”

“Loan window is key for us. I’m trying to be optimistic here and believe the propaganda, but can’t help feeling a bit deflated by the lack of action this window. Especially given the embargo in Jan.”

“It’s the same for our visitors this Saturday Sheffield United, albeit with a much better home ground, fewer overheads and a bigger home support. They’ve been in League One for five seasons, their parachute payments from a single Premier League season are long gone, and they must now compete with us in a league where even middle of the road clubs like Stoke City can spend £10m on a player. It’s not impossible, as we keep saying citing Preston and Huddersfield and Burnley and others, and Sheff Utd made an excellent fist of their first season back at it last season when it looked for some time like they might push the play offs.”

“Waghorn and others like him, seriously. Players like him and Jordan Rhodes and Conor Wickham just reflect that horrendous values put on them over the years for what….?”

“No new signings, no problem. No disruption to the squad that did the pre-season work together. No noses put out of joint by new arrivals. The odd loan may add a bit of depth, but, there is every reason now to make the very best of what we already have. Let’s take the shackles of Eze; get Grant Hall back on the pitch and settle on a way of making the most of Matt Smith’s aerial power. By that, I do not mean hoofing it up for him to bring it down and lay it off – he is not Bobby Zamora. We have players capable of feeding him. Let’s work on that.”

“Anyone think we are in real trouble this year? I am already hoping that there are 3 worse teams than us this year.” “Think we will have the likes of Reading, Sheff Weds, Birmingham, Rotherham, Bolton, Wigan and others in the mini league with us – usually one notable name that struggles too.”