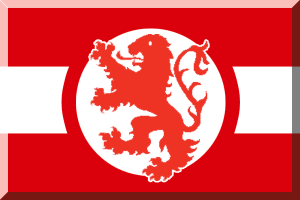 “been rubbish for us but he was genuinely being linked with Man City and Leicester before we signed him so must have some talent but we haven’t seen it. he’s quite quick”

“Good on his day”

“fullback for oxford is when he was at his best, which led him to being linked with some big clubs. don’t know when or why he switched to a winger but that’s what we bought him as”

“Pretty sure Johnson was been kept about as a reserve left back.”

“Shame for Johnson cause he has just never hit the heights at boro.”

“Imagine if he becomes best winger in champ. good that he’s being loaned out, we can actually see if he’s decent if he gets a good run of games”

“Showed a lot of potential, then had one nightmare game and his game totally went, never to return. Needs a fresh start and to man up.”

“Weirdly seem to remember quite a few fans going wild about him after about good performances, slagging off the fans who weren’t sure about him. Quieter now.”

“I don’t get it, he was class his first few games for us and then he just couldn’t be assed”

“Started ok then went to shit needs a fresh start”

been woeful for us & needs to move on to kickstart his careers again” “Sorry but he just isn’t good enough for us, best of luck to the lad though “

“Whoever sanctioned money been spent on him needs sacking”

“Another poor signing from Monk”

“Him leaving strengthens us”

“Hopefully Johnson will go. What a waste of resources!!!”

“balls to loan…..cant we just give him away for free so he NEVER comes back?”

“He’s one of the worst players we’ve got. He’s worse than Ashley Fletcher. Seriously.”

“He isn’t a championship player”

“We should pay them to have him”

One thought on “Boro Fans Views On Marvin Johnson”