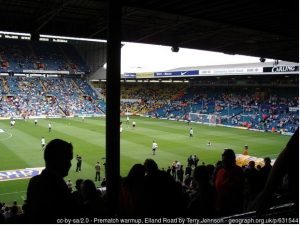 “Have a bad feeling we’ll have another West Brom type result here. The constant disruption to our defence due to injuries is starting to have an effect on the whole team, we’ve got away with it the last couple of games because teams have just sat back but Sheff U will be a different beast.This is the Championship though so I wouldn’t be surprised if it ends 0-0.”

“We are going to have to up ourselves game here, from what I saw against Bristol & Reading we could easily have another WBA type result here. What odds Billy Sharpe scoring ?”

“Think we will lose. Billy Sharp absolutely guaranteed to score of course.”

“Big step up needed from the 2 home games (Could easely have been 2 points instead of six – player sent off/missed pen) to get anything from this game.”

“I can see us getting beaten convincingly here. We never do too well against Sheff Utd and we’re not playing great at the moment. Hopefully them coming out and attacking more that Reading/Bristol did should leave a few more openings.”

“this one will be a much tougher proposition than the last 2 home games. Still, with Pontus back at the heart of our defence, Saiz back in the starting line-up and Alioski warming the sub’s bench, we have a chance. I’d take a point right now, though!”

“think Sheff U will have to much for us, I’ll take a point now, but we’re due a win in a big game”

“We are not good enough on the counter at the moment, that showed the other night. If we play like we have of late Sheff utd will rip us to shreds. Let’s see if we can get the derby game mentality too as it always seems to be non existent..”

“We have more midfielders in defence than defenders and Sheff United use their CBs as attacking midfielders. Calling it now. 0-0”

“Must admit the overlapping centre backs is a pretty revolutionary idea. Watched Sheffield United a few times this season and when it works it’s really dangerous. Think we can catch them on the break though.”

“What the hell is an overlapping centre back?!!! I wasn’t aware that Sheff Utd were so tactically astute/different. They do score a lot and seem fit as a fiddle. Played us off the park at ER last season.”

“Brilliant to watch when it works. Leaves you slightly open for a counter I feel but it’s tactically a brilliant idea. Hoping it doesn’t rip us on Saturday!”

“Would be happy with a point, I think they play really good football and will be fired up for this one, we typically don’t play well either on the 12:30 Kick Off”

“we never play well against these. a draw would be superb”

“Sheff United will be a massive game sat, despite them being 4th I’d say they’re the weakest of the current top 6”

“We’re gonna bat Sheff Utd off the park on Saturday. Will be a Norwich/Derby away type performance”

“57 games and counting since we last had a penalty”

“Weirdly Sheff Utd are the team that claimed the previous longest run without a penalty of 50 games in 1991/1992. I imagine there must be others from England but I can’t find any examples. Galway United in Ireland went 72 games without a penalty so that’s the one to beat!