Ched Evans has been injured for the majority of the past month and only made his comeback last Saturday against Walsall so there are no views on him. Harvey Gilmour has too be absent from Tranmere’s line up for the past few games which is a surprise given his form in October. Caolan Lavery is still injured. 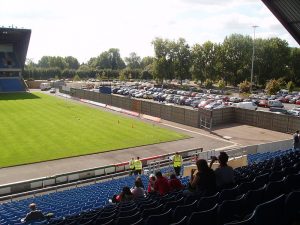 “According to the OWS, Carruthers had an op today and “it’s unlikely we will see him again for four or five weeks”. And then he has to start rehabilitation and training (presuming the op is a success). Five weeks will take until mid December”

“I doubt Wilder would let us send him back to be honest. Not unless he and SU knew there was another team ready to take him on the same terms contribution wise. Not that I think KR would dream of returning him anyway. He thinks he’s one of the best midfielders at this level.”

“I can’t see Sheffiekd United taking him back”

“Carruthers no fault of his own has been plagued by injury, and whilst injury free he can be a superb player. Sadly we have not seen it since he arrived”

“Carruthers was an irresponsible gamble. I think that KR had good memories of how he worked with him in the MK Dons days and thought he could do a job for us, ignoring his increasing injury problems in the subsequent years.”

“Holmes is a player that puts defences on the back foot and has been one of our better players “ “we used to get pissed off under wilders watch that players weren’t given medicals,now they are,we find out the players we go for are all injured, we couldn’t wait to get Holmes in the building then find out he can’t play 3 games in a row. Player recruitment this season has been crap”

“He has a known back problem”

“I don’t think their is a club in this league who wouldn’t have Ricky Holmes. Even with his back problems. On his day (which is most games) he terrifies defenders.”

“He is far and away our best player”

“so committed for a loan player. Let’s hope he signs permanently at Christmas”

“He is one of our only shining lights”
“he was poor yesterday and rightly taken off. He was clearly struggling with his back, he continued to try to do things on his own which resulted in either losing the ball or falling over it.”

“his off days tend to be better than most of our other players.”

“Smith is skilful, fast and agile”

“Smith is a great player, but he’s isolated for 90% of the game. He’s small and most of balls to him 20+ yards from goal and are in air against 2x 7ft defenders”

“Was really impressed with Norrington-Davies today”

“He is a good crosser”

“Excellent work from him”

“This lad is good”

“Needs to book his ideas up”

“Made a really poor header for their goal”

“Semple has been our most consistent defender this season yet is not starting. A rest usually lasts a couple of games but 4??”

“Semple must be brought back into the team, – he should never have been dropped to the bench.”

“Callum Semple is a must in the middle of the defence”

“Semple is the best defensive header of the ball we have as well as giving us balance with being a left footer.”

“semple is a touch of defensive class ,prob our managers best bit of business to date ,be great to keep this type of player .i like how he doesnt panic and plays his way out of trouble good passer”

“Would like to think we can hold on to him for the rest of the season. Beneficial to Queens and the Blades, where he would go back to, having had a decent amount of first team experience under his belt.”

“My worry is someone down South sees him and wants him in January.
Worst still a Motherwell, St Johnstone, Accies, Dundee who fancy a strong centre half for 6 months in the SPL
At 19 he really has got a bright future.”

“For GN to highlight only Semples foul that lead to the first goal as the turning point and not mention any other players poor defending or his own poor management is piss poor and bang out of order to young Semple, who has been an excellent signing and is still a kid learning the game.”

“The manager only highlighting Semple needless foul at 3 0 is piss poor. There was so much else that went wrong from the manager and other players. Semple and Fordyce both played very well. They get no cover from holding Midfielders, our keepers or full back.”

“It was good to see Regan Slater have a more effective game and I thought going foward he looked good.”

“Great game on Saturday but I haven’t seen much from him prior to that. We might be able to do better in January”

“Slater is here for the Season regardless. Hopefully the goals on Sat will help him kick on. Seems a popular member of the Squad from the Players Twitters too…”

“having seen that performance you can see that there’s a real player in there. Such great quality about both goals.”

“What a day for the lad. He has a confidence about him that seems to be justified. He’s busy, strong and happy to run forward, also has the awareness to be in the right areas.” 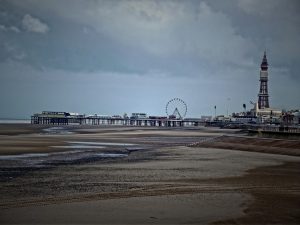 “Terrific display allowing the defence to remain tight. Made plenty of clearances from set pieces in the last minutes of the game.”

“Lost his marker for both of Rochdale’s goals”

“Lost too many aerial duels which put Pool under pressure”

“Dominant in the air”

“Produced a couple of important last-ditch blocks but at fault alongside Jay Spearing for the first goal.”

“Pool’s first goal began with his pinpoint diagonal to the left flank. Did well against Exeter’s dangerous front two.”

“Won all of his headers and cleared away from danger time and time again, but could show more calmess on the ball.”

“He’s definitely not a full back”

“Graham is totally out of his depth in that position.”

“Stop having a pop at Graham he is in poor form, kid hasn’t played in his position yet”

“a bad day at the office”

“Not enough quality to be playing at his parent club. Can’t change a game.”

“how he stayed on for 90 mins is the biggest mystery in Notts County history, offered zilch to the game and his touch is dreadful”